For the 2016/17 academic year, Grads In Games is supported by a range of partners from across the games industry.

Based in Sheffield, Sumo Digital are one of the largest independent games studios in the country. Founded in 2003 from the vestiges of the renowned Gremlin Interactive, Sumo Digital has spent the last 12 years working with high profile clients developing a range of popular cross-platform games.

Going from strength to strength, recent years have seen the studio open a new office in Nottingham, as well as increasing their visibility with a string of successful AAA titles and critically acclaimed games including LittleBigPlanet 3, Crackdown 3, Dead Island 2 and work on Disney Infinity.

BossAlien is a world-class, award-winning game development studio based in Brighton, UK. Our games have entertained well over 70 Million players and that number is growing fast. Our games have held the number one slot in the free and top-grossing charts all over the world.

Find out more about BossAlien here

Playground Games was established in 2009, bringing together some of the most experienced and talented developers from the UK industry, with the vision to create big budget console titles for a global audience.

As the studio behind the Forza Horizon series, they have received considerable critical acclaim, with exceptional reviews for their most recent release, Forza Horizon 3.

HackerRank is a site for hackers from all over the world to solve programming problems in different CS domains like algorithms, machine learning and artificial intelligence, and to excel in different programming paradigms like functional programming.

HackerRank is building a community of hackers who will be able to discuss problems, learn, compete and collaborate together.

Find out more about HackerRank here

nDreams’ journey began in 2006, when they quickly established themselves as the leading publisher in PlayStation Home and as a developer of several major alternate reality games.

When the Oculus Rift and Sony’s Project Morpheus burst into existence in 2013, they threw themselves into the immersive world of VR, and they haven’t looked back since! They’ve made VR titles for all the leading platforms, including Oculus Rift, HTC Vive, Sony PlayStation VR, Samsung Gear VR and Google Cardboard.

Find out more about nDreams here 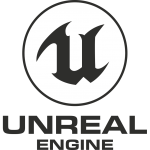