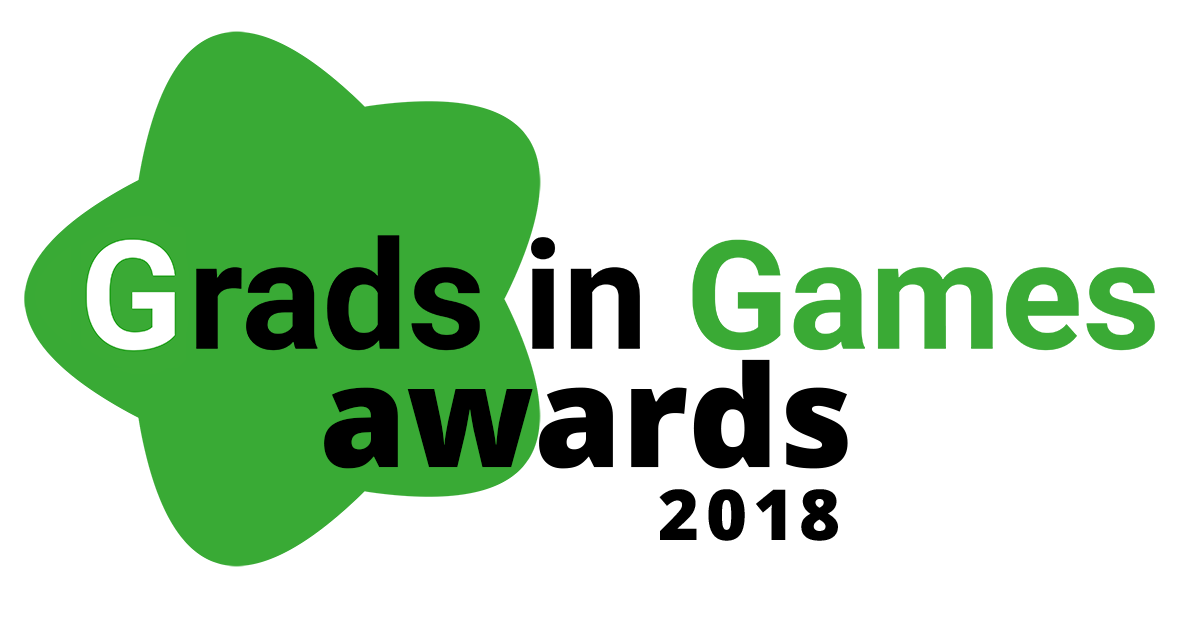 With the launch of the Grads In Games Awards, we wanted to do something to help recognise the universities, academics, students and studios that are helping to progress employment in the games industry. We wanted to provide a way to show that the efforts of so many people are valued, and that their work doesn’t go unnoticed. We asked people to nominate those that they knew were making a difference, and a shortlist of nominees was curated.

The Grads in Games Awards 2018

Showcasing the academics who are doing the most to help students into the games industry, with a strong track record of beneficial results from their work.

Daryl had by far some of the most glowing nominations from students both past and present, building a clear picture of a person that gives their all when it comes to helping others into the games industry. Creating the best games course in the UK may seem like a lofty ambition to some, but the insight, support & encouragement that Daryl provides to students goes above and beyond almost everyone’s expectations. From forging industry links, arranging as much industry input in the course as possible with guest speakers and studio projects, through to extra-curricular visits and mentoring for his many award-winning students, the effort put in is impossible to ignore.

In the 2018 Search For A Star challenges alone, the influence of Daryl & the University of Huddersfield is clear:

It doesn’t end there either – alumni working in games still benefit from the support and advice of their former course leader, and are proud to pass on those same teachings to others joining them in industry. With a student employability rate of over 60%, it’s very apparent that Daryl’s approach is working.

Learn more about games at the University of Huddersfield

Highlighting the universities and courses that are actively doing the most to help students into the games industry.

One of Howest DAE’s key achievements its the successful integration of combined competencies, training and teaching students not just in one area, but producing a framework that means all students leave with an excellent grounding across multiple development disciplines. Typically, students will graduate with high specialisation in areas including technical art, games animation and games VFX – all highly-valued skills within the games industry that are difficult to find from most universities.

Perhaps not currently as well-known across the UK industry as it should be, recent years have seen the quality of Howest DAE becoming more recognised across the UK, with studios such as Sumo Digital, Codemasters, Boss Alien and Studio Gobo all visiting for careers events at the campus. We greatly look forward to seeing this trend continue.

The studios doing the most to help nurture the next generation of games developers, and working towards a more sustainable future for the industry.

It was clear from the nominations that nDreams not only took a proactive approach to hiring graduates, but make exceptional efforts to create the best possible environment to nurture and train their junior staff. The studio are preparing their staff not just for an entry-level role, but actively training them in valuable and practical skills for a full career in the games industry.

With around 10% of their studio staff being junior or recent graduates, nDreams are a driving force behind improvements to long-term talent sustainability within the games industry.

Right from the start, nDreams takes the time to learn about the skills and comfort zones of their junior members, giving them a chance to work on different project areas before finalising a path for them. No one gets “thrown in at the deep end” at the studio, and everyone is given full opportunity to find their place within the team. There’s a huge focus on creating a supportive environment, with senior mentorship and frequent check-ins to nurture, guide and advise, not just in technical ability but in broader interpersonal and teamworking skills. nDreams actively train their junior staff to be proficient at working withing a studio environment, the good practices and processes to adopt as being part of a team, and emphasis on the development of key skills important to any role.

It’s not hard to see how this approach can also be rewarding for the senior staff too. Being able to share your insight and experience is already something to be proud of, but staff also get the benefit of seeing their guidance in effect, as junior staff develop and grow in both confidence and ability within nDreams.

nDreams have also been of significant support to the Grads In Games initiative and the Search For A Star challenges, not least by providing valuable recommendations in developing the 2018 project briefs and taking on key roles in both the assessment and finals judging teams. Their creative input and work on the assessments has been invaluable to many of the students taking part.

Learn more about working with nDreams

The best games projects, whether independently developed or as part of university study.
These games highlight students & recent graduates taking huge steps toward a career in games.

With impressive high standards from the other games nominees, this inventive and highly polished release from three NHTV alumni took the award honour. The level of work that has gone into the project from such a small team has led to an innovative commercial-quality game, currently looking at a cross-platform release on PC & PS4. With it’s frenetic multiplayer sports arena style already drawing comparisons as a new Rocket League, this may be the start of a something much bigger to come for Kabounce & the team at Stitch Heads.

Kabounce is a title that not only underlines the international reach of Grads in Games, it is a shining example of the level of talent coming through colleges and universities. Creating games that any indie dev would be proud to have in their portfolio.

Showcasing games students who are pro-active high achievers, exceeding expectations to ensure the best chance of graduating straight into a games industry role. 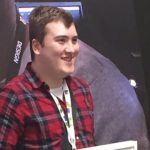 Consistently described as an exceptional student in his nominations, it’s no surprise that Kial won both this award and the Rising Star Character Art category on the same day. Only in his second year at the University of Huddersfield, Kial has made a huge impression on his tutors, course-mates and even on the Search For A Star judges. Producing work that’s already considered to be of an industry standard, Kial has even been working professionally for Bethesda alongside his university work.

Always looking to improve and always producing new work, Kial has also been known to us behind the scenes at Grads In Games, actively helping out other Search For A Star & Rising Star entrants throughout the challenges with feedback, tips and guidance on their work, as well as encouraging critique of his own.

See some of Kial’s award-winning work

Graduate & junior employees that have quickly become integral members of their teams and are
creating a hugely positive impact not just within their studio, but also toward the wider games industry.

When Nicolas reached the Environment Art finals of Sumo Digital Rising Star in 2016, the Howest DAE student was already on the path to becoming an exceptionally talented technical artist. At Howest, Nicolas was already proving himself as a proactive force, writing student support materials and voluntarily creating and teaching extra-curricular classes for students. He may not have won the competition that year, but a particular technical piece in his portfolio was brought to the attention of several studios, helping to earn him an internship at Sumo Digital (the first ever Howest student to do so), which within 4 months had been elevated to a permanent role on the team. The portfolio work in question was a dynamic decay project, so well received that it was the subject of publications and an 80.lv interview. Nicolas has since made the entire project publicly available, complete with full assets and process breakdowns, for others to study and learn from.

During his time at Sumo Digital, Nicolas acted as a valuable liaison between the studio and Howest DAE, helping to build the relationship between industry and academia, leading to a delegation from Sumo travelling over to Belgium to meet with the university and its students. Nicolas continued to be an active supporter in progressing student employability, representing Sumo at events such as Brains Eden, where he would provide portfolio reviews, careers guidance and advice to the next generation. He has also been a consistent voice on the Get In The Game careers tour as a guest speaker, passing on his knowledge and insight as part of the national employability initiative.

Now working as a technical artist with Rocksteady, Nicolas continues to be actively involved in supporting the next generation of the games industry, most recently volunteering as a conference speaker and applying his expertise as an art judge for the Search For A Star finals.

Nicolas is always working to help people however he can, while improving his personal and professional skills in the process. We have no doubt that Nicolas has an even brighter future ahead, both as an exceptional technical artist and champion of student talent.

Congratulations to all of our award winners and thank you to all who nominated, encouraging recognition not just to the winners, but to all of our nominees.
It’s a great achievement to have been nominated, and we again encourage you to check out everyone on the shortlist.