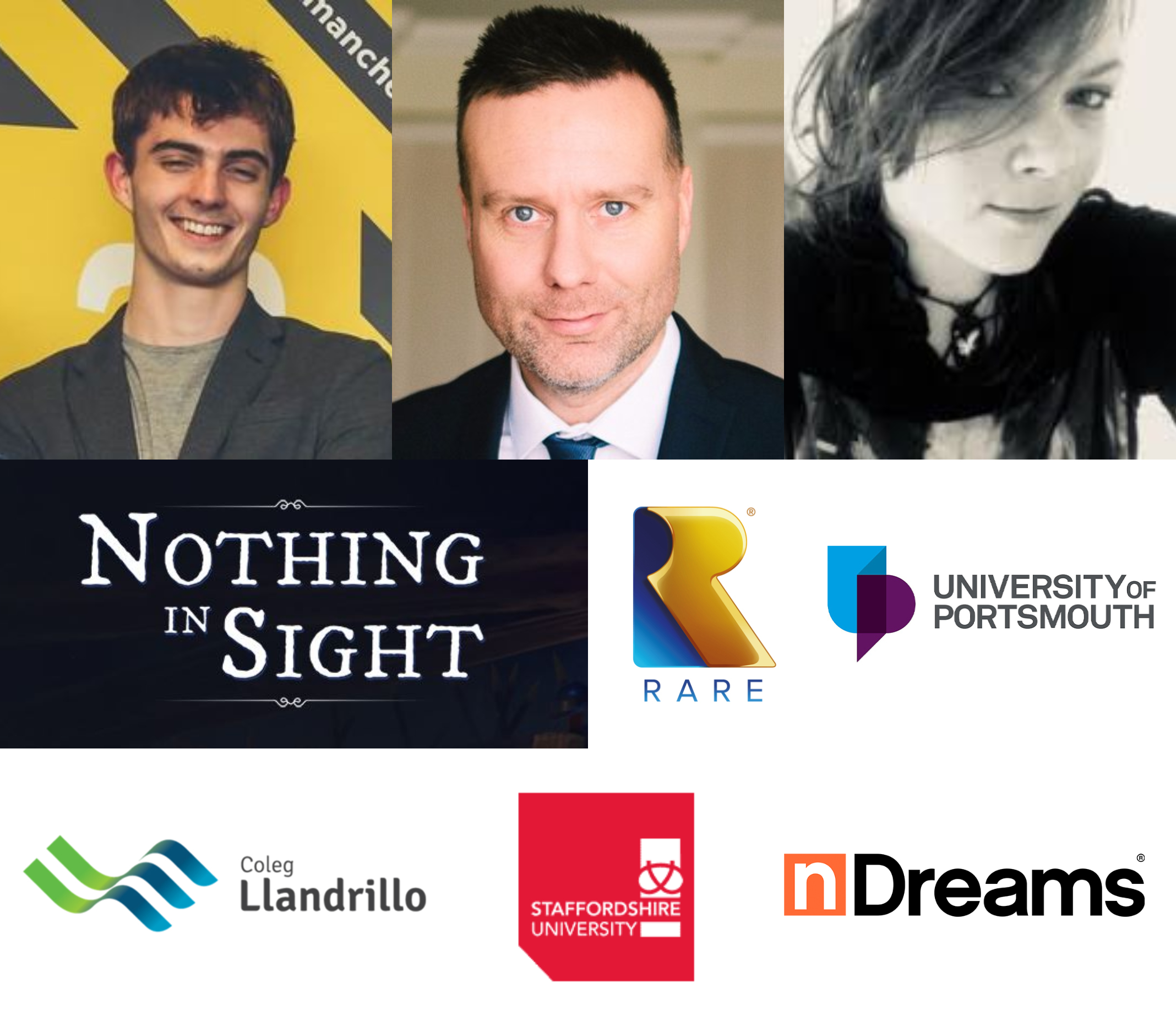 Last week the Grads in Games Awards returned with a flurry of winners announcements and congratulations. With over 250 nominations across the board this years awards highlighted more than ever some of the incredible work being done in both the games industry and academia.

Below we will wrap up this years’ awards and hear a couple of reactions from our winners.

“Awards like these recognise the strides of a single person or the impact of a team. They not only assist those who are seeking their dream job in finding somebody to mentor them, but also opening doors and opportunities for those awarded.”

We kicked the week off with the Academic Award highlighting the individual lecturers who go above and beyond to help their students. This years winner representing Wrexham Glyndwr University was Richard Hebblewhite

“Winning the award was absolutely amazing. It is nice to be recognised for the things that you do and when you go up against a really strong field you always think ‘well we can put something in’ but I didn’t actually nominate myself so it was really nice to find out subsequently that so many people nominated me. It feels great to be recognised for what has been a successful but really challenging year.”

This was followed up by the team at Nothing in Sight, made up of students from Rubika Supinfogame, who won the Student Game Award. Fresh off nominations at the Independent Games Festival and the Ping Awards this was a great achievement to add to their repertoire.

The Further Education Award followed the next day with the announcement of Coleg Llandrillo as this years winners whose educational partnerships with the likes of Sony and Nintendo really impressed the judging panel.

“I think these awards are hugely important, especially with these ones where it doesn’t just focus on the academics and their performance but also how they encourage and co-ordinate participation between the games industry and academia which is just so important.”

“It was amazing, I actually didn’t get the email straight away as I was working and my tutor messaged me asking if I had seen the news. So I checked and I just couldn’t believe it to be honest because there was such a big lineup, it was amazing.”

Next we awarded the Graduate Employer Award to a Grads in Games partner studio nDreams. The nDreams team proved to the judges how they have have been excellent at employing and developing junior graduates in to their business, providing opportunities to learn and improve their skills on the job.

The Graduate Impact Award highlights junior staff who are exceeding expectations in a studio role and this year we were very proud to announce George Rankin as this years’ winner.

“Finding out I had been awarded the Graduate Impact award by the Grads In Games team was an incredible surprise! Having met one of the nominees already I knew there was strong competition.”

On the final day we kicked off with the announcement of the Industry Collaboration Award which showcases the institutions and studios who demonstrate a strong collaborative relationship. This year we revealed that Rare and The University of Portsmouth are this years’ winners for their ongoing collaboration.

“Having an industry client has brought valuable insight into industry standards, practices and methodologies which have proved very helpful throughout the year. Additionally, the structure of the production module has allowed for a strong balance of self-directed study and work, whilst still being given tremendous support from staff, peers and our client.”

The final award of the week went to Staffordshire University, worthy winners of the Higher Education Institution Award. The judges were particularly impressed with the 88% employment rate of their graduates in to industry as well as their ongoing collaborations with industry.

And that wraps up the Grads in Games Awards for 2020, congratulations once again to all the winners and a huge thanks to our judging panel;

We will be back in a few months to announce the opening date of nominations for 2021.

“It’s important to always help the next generation of developers so I’ll be nominating multiple candidates next year as it’s incredibly imperative we give back.”

“I will definitely be nominating people next year, because I think its a great thing, it boosts confidence and they are important.”

We will certainly be nominating people next year. From the point of view of having gone through awards in the past and how it feels to win, I think its great to be able to share that with other people who deserve it and I hope it encourages people to be more involved in everything in the future.

Stay tuned by following Grads in Games on twitter and LinkedIn.