The Grads In Games Award Winners 2019 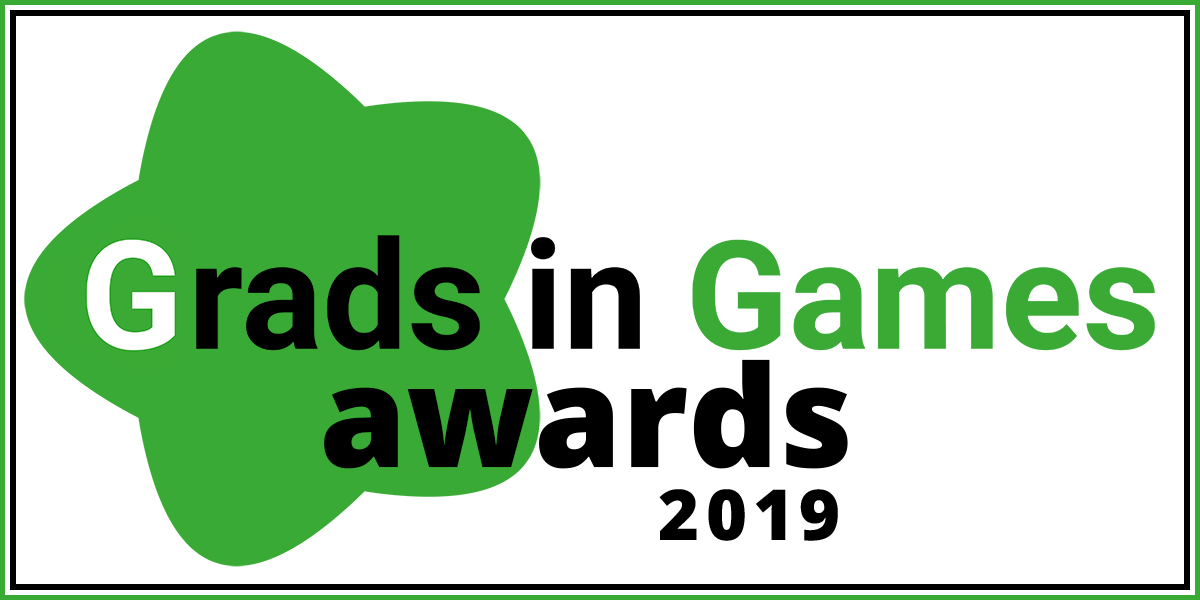 Returning for its second year, the Grads In Games Awards celebrate the individuals and institutions that have made a real impact in improving the links between the games industry and education. Recognising and highlighting the academics, universities and studios that are actively helping students make the leap from student games developer to professional games developer, as well as the students who are already achieving great things.

This is the second year we’ve held these awards, and we’re really excited to have seen them grow. Based on feedback from last year, we’ve introduced 3 new categories to recognise new areas of achievement.

There are two new student awards for achievements in key disciplines; the Core Tech Programmer award & the Technical Artist award each celebrate talented students taking a deep dive into specialisation even at this early stage.

Our other new award is for Industry Collaboration, recognising the efforts of studios and universities to work more closely together for the benefit of everyone.

Every nominee who made it to the shortlist is absolutely deserving of the accolade and worth praising, with every award category presenting some tough decisions to make.

With that in mind, we’d like to give an honourable mention to both the National Film and Television School & Red Kite Games, who each featured in multiple shortlists and only just missed out on awards themselves.

The Grads In Games Awards 2019

With over 30 academics nominated, this was one of the most highly contested awards. From our shortlist, all are doing some great work for their students but Matthew Novak definitely stood out based on the strength of his nominations. Described as a brilliant academic and hugely supportive of his students, it’s not a surprise that we also saw so many of them in the Search For A Star finals this year. With a strong drive to help people out, going above and beyond to provide guidance, constructive feedback and encouragement, the positive impact has had a huge effect on his students.

Breda University of Applied Sciences is one of the most promising universities in Europe, taking a project based approach that really allows the abilities of their students to shine, and proven by their high industry employment rate. With a strong reputation and international links to studios across the industry, Breda is a university that is doing their best to provide their students with the knowledge, insight, ability and opportunity to succeed in the games industry.

Our first ever joint nomination for Student Hero presented a unique problem, so we took the achievements of Helen, Ellie and Zachray (collectively Ocean Spark Studios) and considered them as if they’d only achieved a third of what they actually had. They still won, which serves as a testament to the sheer volume of work they’ve done. In addition to successfully founding and running their own studio during their enterprise year at uni of Huddersfield, they’ve set up an academy initiative to teach game development to people of all ages and abilities, visited schools and colleges to talk about game development, championed the games industry to the next generation and countless more positive actions. They’ve time and again been an inspiration to many and a real beacon for the games industry.

A Rising Star winner in 2018, John Green had already given us a peek at his great coding abilities. He wasn’t able to take part in the challenges this year as he was busy working on a monumental project; creating his own game engine using Vulcan, with multi threading for CPU and GPU tasks and with an entity component system for game object creation, management and destruction.

Bailey Martin has consistently shown great skill across a wide range of technical art areas including impressive shader programming, fluid simulation, procedural generation and texture rendering. In addition to his technical art work, he has also proven himself to be an accomplished VFX and environment artist with an impressive portfolio of high quality pieces.

in partnership with Epic Games 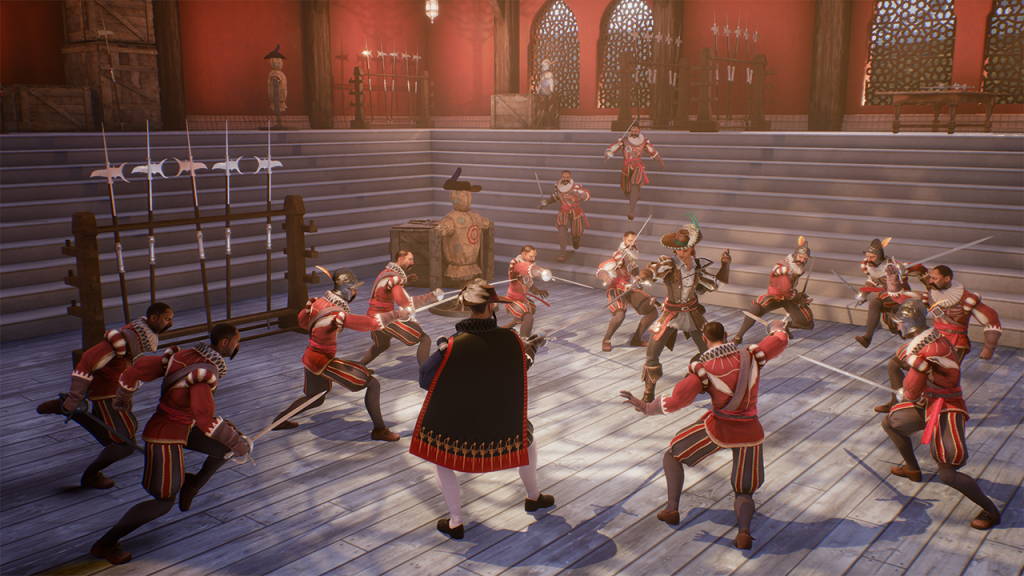 One of the toughest categories this year, with several really strong entries. En Garde! stood out with a level of polish and professionalism that far surpasses most student games. Feature-rich and with lots of nice innovative touches, this small student team has produced a project that genuinely shows the industry-ready skill and potential of graduates.

Through their Steel Minions game studio, Sheffield Hallam University has worked closely with Sony Interactive Entertainment and PlayStation First for almost a decade, becoming the first university to publish a PSP title, and first on the PS4 too. Their current collaborative effort is in the creation of a PlayStation VR title, The Chanty, pioneering the use of PSVR for innovative educational application in celebration of Europe’s rich historical and scientific heritage. Not only has this collaboration created skilled developers for Sony’s gaming platform, it has also vastly improved the performance of students seeking industry employment, in addition to increasing the awareness of Sheffield as a games industry hub.

Frontier Developments hires multiple graduates every year and works closely with them to make sure they are able to develop and flourish. They’ve built a great reputation for fostering a welcoming and supportive environment where everyone’s contributions are both welcomed and important. As a result, Frontier also has a great retention rate for their graduate and junior staff!

After winning the Graduate Employer award, it’s not a huge surprise to see Frontier’s name pop up again to recognise one of their junior staff! Megan initially joined Frontier as an intern and has excelled so much she’s become a completely integral part of the team. Adaptive, eager to learn and with an enthusiastic personality, Megan often contributes on a level that exceeds her role and works well with multiple disciplines across the development team. Megan takes an active role in wider group discussions, providing insight and analysis that has a tangible impact on programming activities. She’s had a stellar start to her career at Frontier and has become a truly valued member of the team.

Thank you so much to everyone who nominated, and a massive congratulations to everyone shortlisted and of course to our winners! It’s great to see so many people striving to improve those vital links between education and the games industry and we’re really happy to have this chance to highlight and recognise the individuals, studios, and universities who understand the importance of doing so!