In 2016 we were joined by representatives from all over the games industry, from graduates and juniors right through to senior programmers, artists and animators.

Below are just some of the speakers who joined us on the road!

Thomas is currently the Lead Programmer for Boss Alien’s title CSR Racing. Prior to this, he worked as part of the dev team as a Hybrid Programmer and a Platform Specialist (Android).

With 12 years’ experience in the games industry, Will has worked on every major platform and covered a huge variety of genres. He’s shipped over 20 titles and developed over a dozen unreleased titles. He currently works as a Lead Game Designer at Boss Alien.

Art Manager Tom has worked on various projects and titles during his career, including the Total War series and smaller indie projects. He’s also the Co-Founder of The Brighton Game Collective – a Not for Profit company for the games development scene.

Since graduating from The University of Hull, Dave has been working as a Programmer for Boss Alien, where he’s worked on projects like CSR Racing.

With over 20 years experience across the games industry, Thad has worked at studios including Rockstar, Climax and Jagex, and is now Technical Director at Boss Alien. Thad has built an impressive programming portfolio across many leading and critically acclaimed games including X-Com Apocalypse, GTAIII and Silent Hill: Shattered Memories.

Server Programmer Mark has worked at studios like Relentless Software before working at Boss Alien.

With over 9 years’ experience in the games industry, Senior Programmer Chris has had a variety of programming roles, including tools, audio, build pipelines and games system work among Kinect and DSP programming. Titles hes worked on include Fable II, Fable III, Fable Heroes, Fable: The Journey, Walking with Dinosaurs, Until Dawn and CSR Classics.

At Playground, Adam has worked on the award-winning Forza Horizon series and casual mobile games.

During his time at Playground, Lead Level Designer Craig has worked on the studio’s award-winning Forza Horizon series.

He describes himself as ‘beyond enthusiastic about games design theory, game mechanics, level design and the art of creating enjoyable experiences.’

Adam has worked at Rockstar Games and VooFoo Studios before becoming an Environment Artist for Playground Games.

Josh has worked as a Lead Software Engineer on games like Guardians of the Middle Earth before becoming a Senior AI Engineer for Playground where he’s currently working on Forza Horizon.

Jamie has had experience as a 3D Artist & Lead Artist in the games industry before becoming a Senior Lighting Artist at Playground over 2 years ago.

Senior Engineer Jim has a wealth of knowledge about the games industry which he will be sharing in his talk.

Yong has worked at leading studios like Ubisoft and Jagex before becoming a Senior Build Engineer at Playground Games. Notable titles and projects he’s worked on include the Just Dance Series, Driver: San Francisco and Watch_Dogs.

Aaron has worked as an Environment Artist, 3D Artist and Level Designer for several games studios before becoming a Level Designer at Playground Games. He’s currently working with the Level Design team on an exciting, unannounced project!

Concept Artist Conar will be sharing his experience of working in the games industry.

Alexia began her journey in the games industry at Lionhead Studios, where she worked on Fable Anniversary and Fable Legends. She now works as a Producer for nDreams.

Before starting at nDreams, Kristian was a Director for Swallowtail Games Limited where he worked on the BAFTA award winning Tick Tock Toys. He now works as a Game Designer at nDreams, where he’s working on the TIGA award-winning title The Assembly.

Sean has worked on a variety of game projects as a Programmer. Now a Game Developer for nDreams, Sean is also a Creative Director for Hitpoint Games Ltd where he’s working on pixel art and AI programming for their first game Hashtag Dungeon.

Daniel has been working as a Designer for nDreams for the last 3 years, designing work which focuses on VR game development. He’s worked on exciting game titles like The Assembly and Danger Goat.

With over 15 years experience in the industry, Gareth worked on game titles DiRT, Club Footabll and LMA Manager.

He now works as a Developer Technology Engineer for AMD.

Lee has gained a wealth of experience in the games industry over the years, having worked as a Senior Animator for various game studios, where he’s worked on successful titles like the Grand Theft Auto series. For the last 8 years, Lee has worked at Autodesk, making him the expert in all things Maya and 3ds Max. In his talk, he will be speaking to us about his journey in the games industry.

David has worked as an Environment Artist, 3D Artist before becoming a VFX Artist for Rebellion. During his career, he’s worked on titles like Dawn of Titans and Kinect Disneyland Adventures.

With over 10 years’ experience working in the games industry, Simon has worked with several leading studios on a variety of critically acclaimed titles like Grand Theft Auto and Red Dead Redemption. In 2012, he formed his owned studio, Red Kite Games, which he continues to be the Managing Director for.

Before becoming Creative Director for Red Kite Games, David worked as a Junior Programmer and Lead Designer for two of the industry’s leading studios.

Senior Artist James has a wealth of animation and art experience, and has been working in the games industry for over 7 years. At Outplay Entertainment, James has worked on titles like Bubble Genius, Swinging Stupendo! and Mystery Match.

Since graduating from Sheffield Hallam University last year, Kieran has been working as a Games Programmer for Inertia Games. He will be returning to his Sheffield Hallam to talk about his journey into the industry.

Currently a Lead Programmer for Futurlab, Hussain has worked on award-winning titles like Split/Second and Pure. Hussain has expertise in several programming languages and also has a focused interest in computer graphics and visual effects.

With over 10 years’ experience as a 3D Artist, and he currently works as a Senior 3D Artist for Futurlab. Sean is a skilled artist and animator who will be sharing his knowledge in his talk.

Technical Director Gwaredd has an impressive work history in the games industry, having worked at studios like Criterion Studios, Microsoft and Lionhead Studios, where he worked on titles like Fable Legends.

He’ll be talking about Tactical Planning and Real-time MCTS in Fable Legend!

After graduating from Norwich University of the Arts, Jess worked as a Game Artist for Preloaded, where she worked on a variety of mobile games including Happy Studio, AquaSnap and TyrAnt where she was responsible for environment art and character clothing. She now works as  3D Environment Artist at Dovetail Games.

Adam is the Co-Founder and Director of independent studio BetaJester, who are currently working on new and exciting projects. The team also regularly take part in major game development competitions across the country. Adam will be delivering a talk about ‘Breaking into the Industry: What You Should Be Doing’.

Assistant Technical Director James has ample experience with rigging and animation having worked as a Research Assistant at the University of Bradford and Nottingham Trent University and a Maya Generalist at Distant Future Animation Studio. He’ll be running an animation workshop to show animators how to use Python. 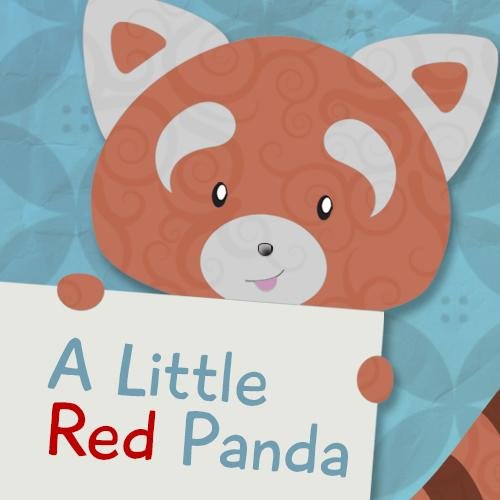 Viki is the Developer, Designer and Artist for her own microstudio A Little Red Panda. She creates beautiful, interactive experiences for children to play, while using games to explore more serious topics and as a vehicle to teach in a more enjoyable and innovative way.

She’ll be talking about her journey from university to forming her own studio, and about finding inspiration outside your comfort zone.