Get In The Game Tour Diary: South / South East 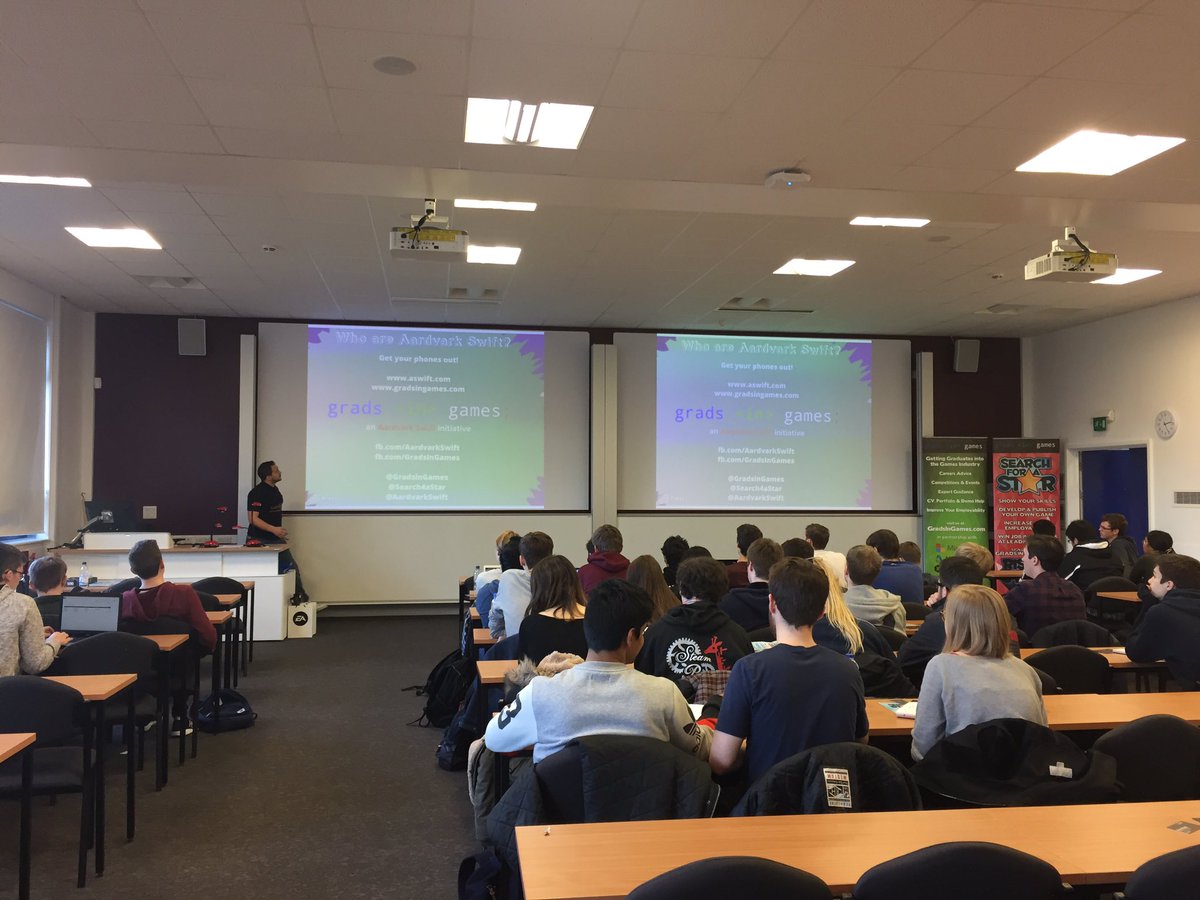 We’ve travelled a long way this week to visit universities in the South for the penultimate week of our Get In The Game tour.

Kicking off the penultimate week of tour at @UWEBristol today! @ASwift_Sharan discussing the results of our dev survey #gitg16 @GradsInGames pic.twitter.com/6R7afQryeg

Beginning the week at the UWE Bristol and the University of Bath, we enjoyed some lovely views on the way to Southampton.

Sean Frisby and Hussain Sheikh from award-winning studio Futurlab joined us this week to share their journey into the games industry. It’s been great to hear Sean’s and Hussain’s inspiring stories and gain an insight into the perks of working for a smaller studio.

Sean Frisby from @FuturLab takes the floor now! Looking forward to hearing about his experience in the games industry! #gitg16 @GradsInGames pic.twitter.com/laB1KVR0dZ

Boss Alien also joined us this week for their last week of talks on their home turf, and we’ve loved having them on tour with us again this year. Mark Gossage gave us the pleasure of seeing some game trailers at Southampton Solent and University of Southampton – where we had two of our biggest student turn-outs yet.

The pizza went down a treat at Southampton after a busy day!

Thanks everyone for joining us this week, including Hussain Sheikh and Sean Frisby from Futurlab, Mark Gossage and Thad Frogley from Boss Alien.