Grads In Games; Our New Studio Starters for August 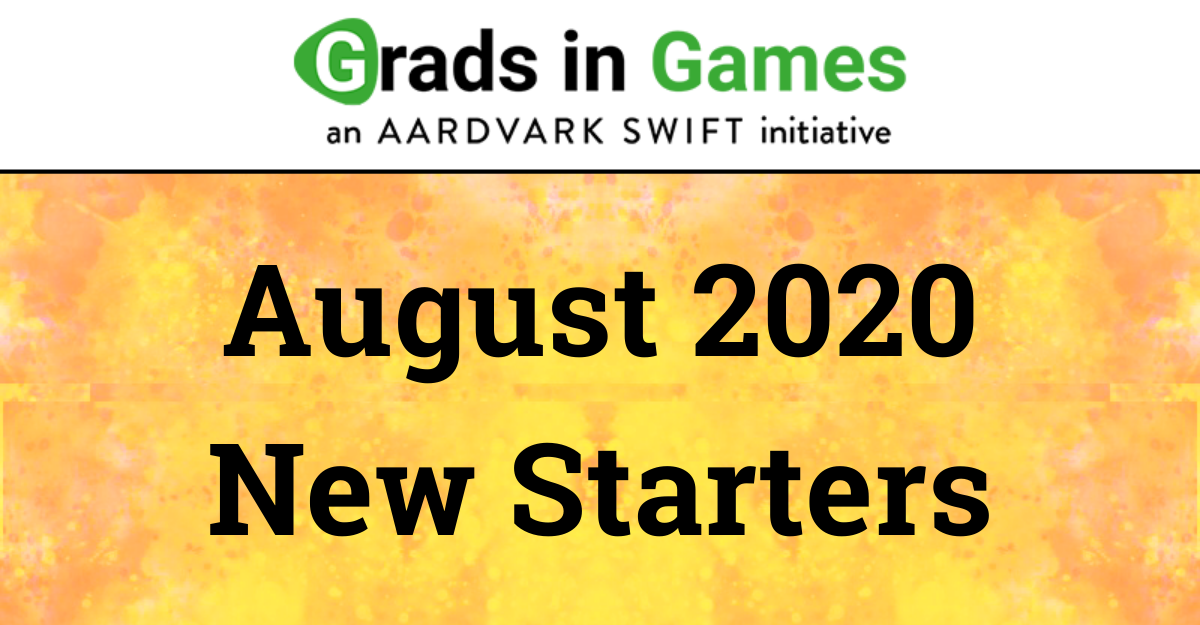 Last month the team successfully placed some amazing junior candidates in to new studios roles. Many of which came to our Get In The Game careers and took part in our SFASX game dev challenges — it’s no surprise that they’ve been noticed and hired by studios that are also heavily involved in the work we do!

Congratulations to everybody on your new roles in the games industry!

Congratulations to Sam who has secured his first role as a graduate programmer at our headline partner studio d3t.

With help from Rebecca on the Grads In Games team, Sam interviewed with d3t and earned a fantastic spot at the studio!

Well done to Tim who is now a graduate programmer with a new Grads in Games partner studio; DS Dambuster.

After initially joining us at our Get In The Game careers event at Howest DAE in 2017, Tim took part in Search for a Star in 2018. After a strong showing Tim was able to secure his first industry role with a small local studio however has kept in touch with the team ever since.

This year he spoke with Rebecca on our recruitment team and is now relocating to the UK to work with DS Dambuster.

Congratulations to Beccy, who has graduated from Staffordshire University and is now a Junior Character Artist with partner studio; Sumo Digital.

Beccy first came to our Get In The Game careers talk at Staffordshire University on 2019, and this year took part in our tenth anniversary Search For A Star game dev challenges. Beccy really impressed with her piece JetPack Cat and earned her way into the finals for 2020.

Working with Tom at Grads In Games, Beccy interviewed with Sumo Digital and has now started an outstanding role with the studio!

If you’re a student looking for an internship or graduate role in the games industry, we can help! We run a series of games careers events each year that can help provide you with direct guidance to get a studio role, plus we also run game dev challenges across programming, art, animation and VFX, specifically designed to showcase your skills in front of hundreds of studios across the UK and Europe.

Get In The Game

Search For A Star + Rising Star

You can also contact our consultants directly for CV, portfolio and careers advice : careers@gradsingames.com