The Grads in Games Awards 2021 – The Graduate Impact Winner is Revealed! 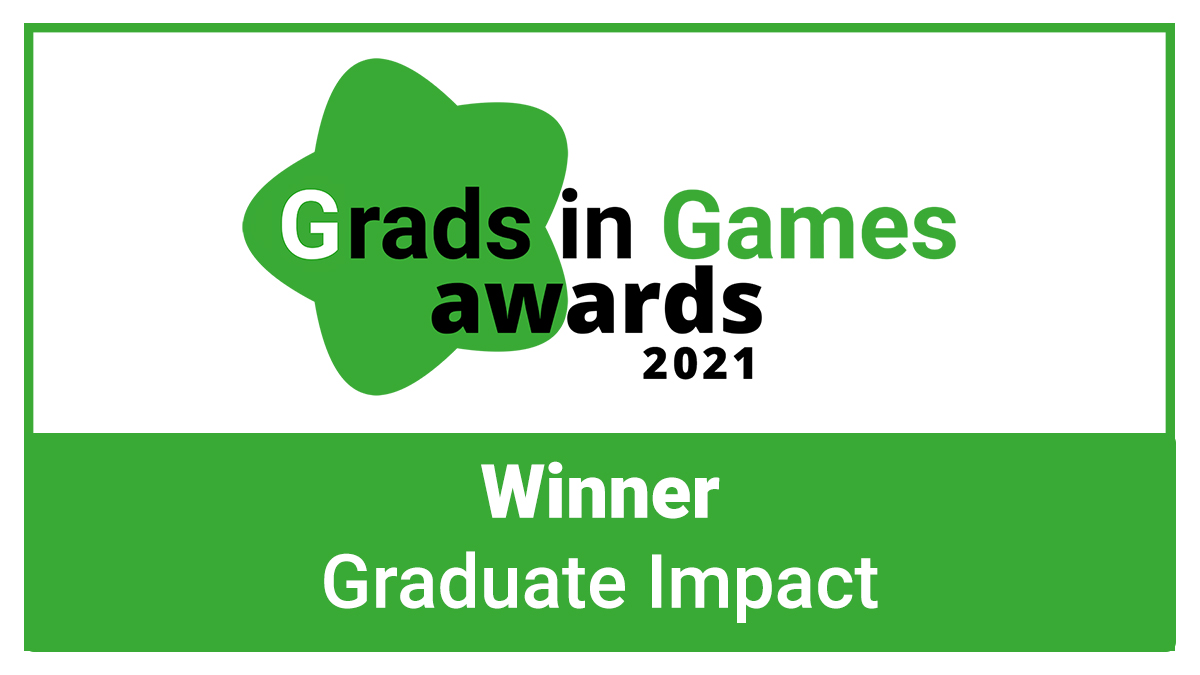 This year we narrowed down the final shortlist to just two:

Following deliberation by our judging panel, we can now reveal that in their expert decision the winner of this years award is Ridgie Cools

Ridgie graduated from Breda in 2018 and immediately moved into a level designer role with Slighly Mad Studios before joining nDreams in February 2020, quickly proving himself as a talented level designer.

“He has really impressed his line managers and the wider team and is looking at a promotion in the coming weeks because of his hard work. At one point on a particular unannounced project it was Ridgie and one other working on the game, which may have been daunting for a junior but he has done a great job and taken it all in his stride. He is dependable and eager to learn and has proved invaluable on some of the challenges faced on recent projects.”

“He helped me immensely with creating my portfolio website and resume “In his spare time Ridgie makes the effort to improve his skills by creating his own action role playing game. He has taught himself animation and how to set up these animations in the Unreal Engine. It is impressive that Ridgie has identified areas of game development that interest him, and he has presented his personal work to the greater team during a studio wide show and tell session.”

Ridgie received some amazing comments from his peers and we are very pleased to present this award to him.