An interview with Search For A Star co-founder Lizi Attwood 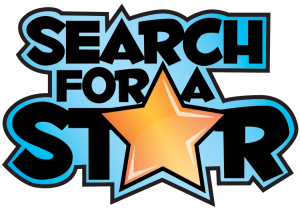 A total of 624 students have submitted work across code, character art, environmental art, animation and VFX. In the second round, artists will follow a brief to create assets in their chosen field in Unreal Engine 4, while coders will adapt and improve upon a given framework to create and publish a playable, finished game.

With round 2 well underway, we sit down with Lizi Attwood, Technical Director at Furious Bee, co-founder of Search For A Star and integral member of the coding competition team, to find out what she thinks about the competition.

Search For A Star and Rising Star have been going on for quite a while now! How do you think these competitions are helping students?

Lizi: There’s a massive amount of competition for graduate positions and there are many more universities doing game specific courses than there used to be. If a student just does everything that the university asks them to do, they could finish with a first class honours and still not stand out when they apply for jobs.

People are looking for a little bit of passion, and extracurricular stuff outside of university helps a lot with this. Entering competitions, creating and publishing your own games – these are all ways of making yourself stand out from the crowd. This is really what we’re trying to offer with the competition.

You’ve been involved with the competition from the very start and played a huge role in setting it up. What would you say is your favourite thing about the competition?

Lizi: I think meeting the students during the interviews is probably the best part of it – although it’s probably a little scary for them [laughs]. When I first started doing this I hadn’t been in a lead role for very long. I think it was good practice for me to do interviews as well.

I also really enjoy watching the student’s careers when they carry on and become successful. We’ve had someone who’s gone on to work with Hello Games on No Man’s Sky for example. It’s really exciting to watch what happens with them, especially if they turn out to be quite high profile. It reinforces that the people we’re picking out are really special.

A lot of work goes on behind the scenes for all those involved with the competition, what’s your motivation for doing all this?

Lizi: When I first left university it took me about three months to find a job, and I finished with a first class honours. I thought it would be easy and it wasn’t [laughs]. Now it’s even more competitive and there’s even more courses. There may be more jobs, but it’s definitely more competitive than it was.

We try to communicate to students what they need to do in order to get a job in games. It’s maybe not as big now, but it certainly used to be a problem that universities were failing with proper preparation. No interview preparation, no CV workshops to help me work out what people were looking for. None of that stuff existed. When I walked into my first interview I had no idea what to expect. I think someone told me not to wear a suit, luckily.

I’m also interested in improving the diversity of the industry. We’ve got a really, really diverse school system, but when it comes down to computer science and the games industry, we’re still predominantly white male. One of the things I can do is to stand up, be a role model and be seen; it’s important to me.

When you’re looking at the technical code of the final year students, you can see the experience in what they have written. You’ve just got to remember that these students have got massive commitments on top of the competition, while the Rising Star students have a lot more time to spend on it.

Where would you like to see the competition going in the future?

Lizi: I’d like to see the competition be as high profile as possible and for the industry to recognise it. Something that they look out for on a CV and, when they do see it, know that the candidate is going to be amazing. That, and more students entering – though I guess that does make my job harder [laughs]. We might have to get more people to help in the end.

Lizi: Probably Fallout. I’m playing Fallout 4 at the moment so it’s fresh in my mind, but I spent a hell of a lot of time playing 3 and Lost Vegas. I haven’t finished it yet and it’s come up to the point where I’ve got to make a decision as to who I’ve got to side with, and I don’t want to. I’ve literally spent a year doing side-quests and not the main story. Literally, a whole year. I don’t get a whole lot of time to play like I used to – there’s no such thing as holiday or taking time off when you run your own company.