Get In The Game Tour Diary: North West 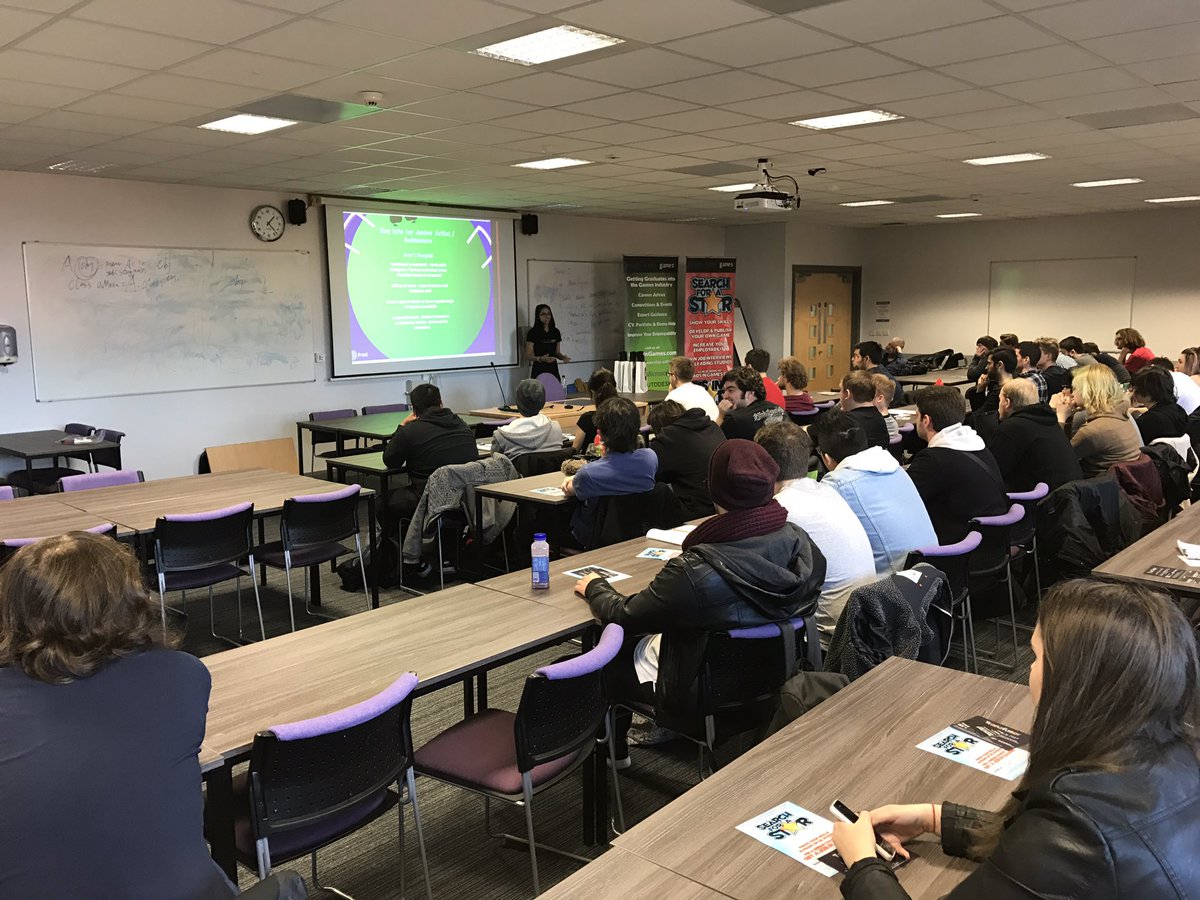 And that’s week six of Get In The Game done! This week we headed back up to the North with Red Kite Games & AMD

Back on the road! Our week kicks off at @HuddersfieldUni where we are joined by Dave Roberts from @RedKiteGames! #gitg16 @GradsInGames pic.twitter.com/L5WfASZhka

Dave Robertsand Simon Iwaniszak from Red Kite Games joined us for the first half of the week, where we visited Huddersfield, Manchester, Salford and Manchester Metropolitan before we headed to UCLan. It’s been great hearing all about Dave’s journey into games, from seeing his first ever footage & art work, to working in VR to the trailers and games he’s working on now. He also shared his top tip for students getting into the industry – ‘Don’t be a dick’!

On Thursday we headed to Liverpool with AMD’s Ste Tovey, where we visited Liverpool Hope, University of Liverpool and Liverpool John Moores. Ste shared his journey into the industry with us, before going through his role at AMD – from helping studios optimising games, R&D, education & bugs to the technical requirements of games.

A great pic to demonstrate @nonchaotic 's supportive development role at @AMD with other studios at @LivUni @GradsInGames @AardvarkSwift pic.twitter.com/3Bgwwlm4H4

When we weren’t busy delivering talks, we headed into the city to check out some of the sights – making sure to visit the world famous Cavern Club for some tasty grub and live music!

Thanks to all the universities for having us, and thanks to our speakers Dave Roberts, Simon Iwaniszak and Ste Tovey.