Get In The Game Tour Diary: East / Midlands 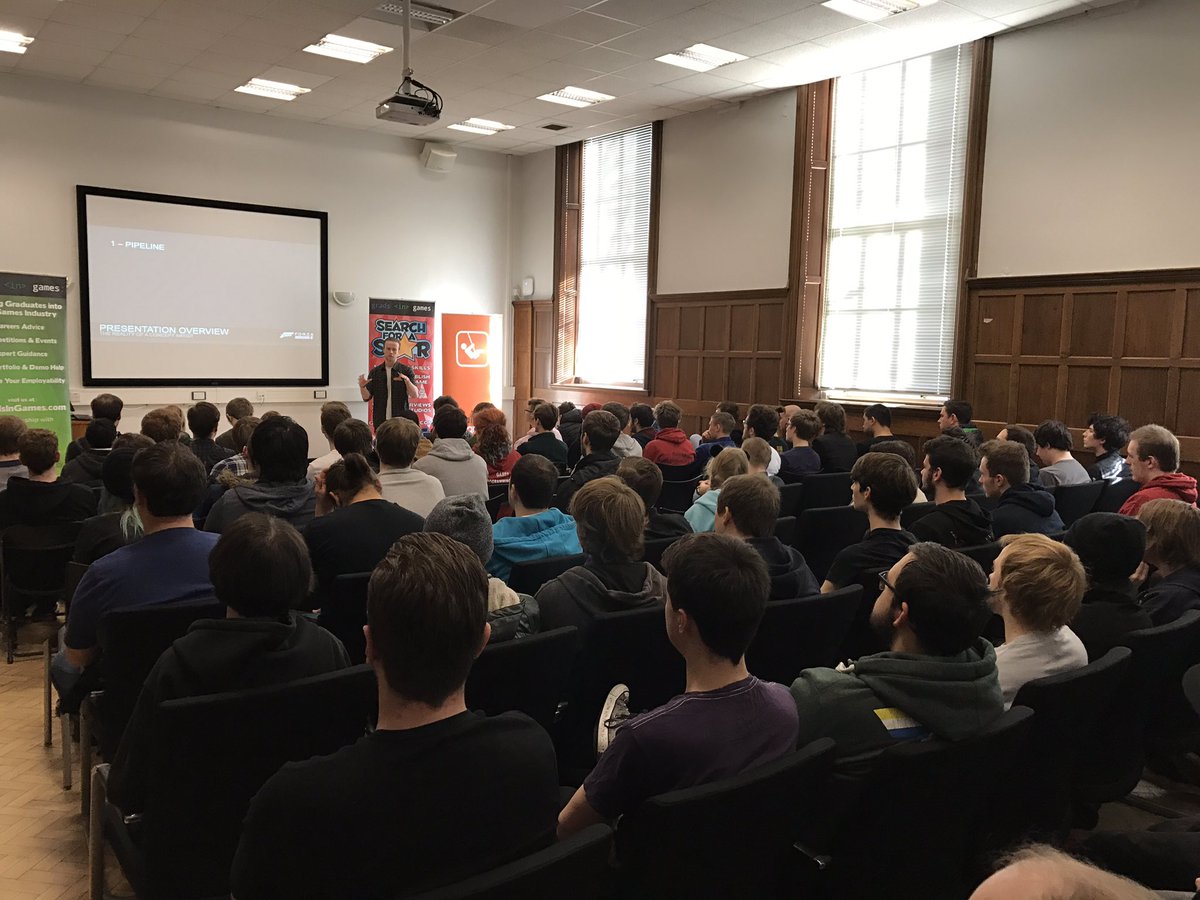 We’ve just finished our final talk of the week at Staffordshire University,  where we’ve had one of our best student turn-outs yet.

It’s been another great week for Get In The Game with a fantastic line-up of speakers, from AMD, Dovetail Games, Playground Games, Rebellion, Autodesk, Framestore, Red Kite Games and Inertia Games.

Students at the University of Hertfordshire were treated to an animation / rigging workshop from James Thompson from Framestore after his talk about his a typical day in the life of an Assitant Technical Director; from bug fixing, to meeting and tool development, to the VFX pipeline!

Now we're going on to a workshop from James from @Framestore where he's teaching animators how to use Python! @GradsInGames #gitg16 pic.twitter.com/OqfSfS5I8u

Students have been eager to show off their games and portfolios this week, and we offered our feedback and advice alongside Conar Cross and Jamie Wood from Playground Games.

It was great to catch-up with our 2014 & 2015 Rising Star finalist Aaron Smith at Staffordshire University and hear that he’ll be entering the competition again this year!

Brilliant to catch up with our two time Rising Star finalist Aaron Smith at the @StaffsGamesDev #GITG16 talk today pic.twitter.com/f4gPLq2xRA

Thanks to all the universities we visited this week: Anglia Ruskin, Norwich University of the Arts, Hertfordshire, Gamercamp, Birmingham, Essex & Staffordshire!

Next week, we’ll be heading to the North West. Find out where we’re visiting and when