The Grads in Games Awards Judges 2020 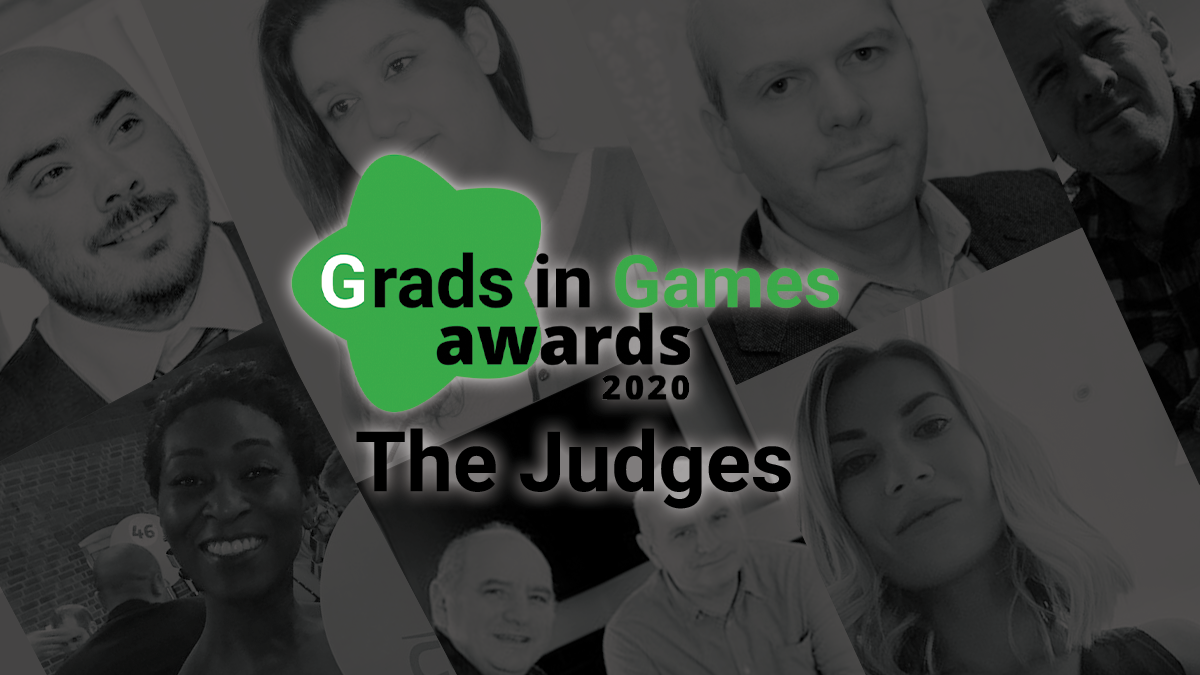 It’s been a record-breaking year for the Grads in Games Awards! We’ve had some truly outstanding nominations, which means that we needed top-tier games industry professionals to preside over the judging period.

We put out the call and these lovely people (that you can see below) stepped up to make a difference, by recognising those working incredibly hard in games industry education. From Lecturers working at a grass-roots level to instill vital skills to students, to studios innovating placement practices, bridging the gap between education and employment for the next generation; the Grads in Games Awards shine a light on those going above and beyond.

The winners of the Grads in Games Awards will be announced on April 16th, on the evening of the GamesEd conference, at the National Videogame Museum in Sheffield.

As Head of Education at UKIE, with a background in secondary school teaching, Shahneila has a demonstrated history of working in the computer games industry and the education sector. Obsessed with computer education, and a total digital whizz, Shahneila’s innovative nature is at the forefront of everything she does: “No idea is too crazy!”

Armed with a wealth of games industry experience, with a strong background in strategic marketing and commercial sales. She has held key positions at various companies such as PlayStation, Warner Bros, and Curve Digital. She has worked on a number of ground-breaking software and hardware campaigns including Batman Arkham City, LEGO Batman, Human: Fall Flat, The Last Of Us and PlayStation hardware launches. She currently works as the Xbox Games Category Lead at Microsoft.

Lead Programmer at Derbyshire’s Bulkhead Interactive. They’re a studio with sights set on expansion and transition in an ever-expanding industry. Bulkhead Interactive has grown tenfold over the last few years and have worked with multiple teams across numerous projects. Having released their first UE4 game on Xbox as an ‘Indie’ studio, to now being a team of 65+ people, James has experienced a road-less-traveled in the company’s short time in terms of growth.

Philip and Andrew rose to fame as the ‘Oliver Twins’ in the 1980s when they developed the ‘Simulator’ and ‘Dizzy’ games for Codemasters. With over 50 games to their name, they were awarded “Most Prolific 8-Bit Videogame Developers” by Guinness World Records. With over half of those becoming UK #1 bestsellers, which generated roughly five million sales that at one point represented over 15% of all UK games sales, they’ve certainly got an industry legacy.

They founded Blitz Games in 1990 and built it into one of the largest and most successful UK Game development Studios until 2012, when they set up Radiant Worlds with co-founder Richard Smithies (which they sold to Rebellion in January 2019). Since being Studio Heads for Rebellion Warwick, they have set up a games consulting agency, Game Dragons, to pursue their passion for inspiring and supporting the next generation of UK game developers.

They were both awarded Honorary Doctorates from Coventry University in 2008, and are Visting Professors at Staffordshire Uni & BCU.

Having worked in recruitment for nearly 13 years, Viki has covered all aspects of recruitment and retention. Starting at Team17 two years ago, she found herself in the world of games covering everything from candidate attraction, onboarding, employee attrition, and retention! She launched the companies wellness program and founded the “Teamster Engagement Committee.” Investing in employees has been a big part of her role at Team17 over the last 2 years, which includes being heavily devoted to the graduate and placements scheme. She is now in the role of HR Business Partner, looking after a menagerie of areas within HR.

Jake’s career straddles the games industry and education, having cut his development teeth as a PlayStation Programmer for Gremlin Interactive in the ’90s. He spent ten years in academia and was Reader in Game Development at Sheffield Hallam University, where he was the founder and director of The Steel Minions Game Studio. He has a PhD in the psychology of learning, having published a range of academic papers in the field of serious games, and has written two hobbyist books on game programming. Jake is now back in the games industry, applying his passion for the industry’s talent pipeline as Director of Education Partnerships for the Sumo Digital Group.

Nick Dixon is a games industry veteran with over 20 years of experience in game design, writing, creative direction, and pitching. Nick has 11 published games across 12 different platforms and has written the screenplay for four of those titles. Nick has worked for Software Creations, Acclaim, Blitz Games Studios, Frontier and Supermassive Games, and has created successful concepts for high profile franchises which include Star Wars, Stargate, and Doctor Who. He’s also worked with BBC Studios, Universal, Laika Studios, MGM and Warner Bros on concepts that have generated over £30 million of development business for the studios. Nick was the Head of Falmouth’s Launchpad program, an entrepreneurial incubation and an acceleration program, funded by ERDF, Cornwall Council and Falmouth University. Launchpad was founded to create high growth and high-value digital businesses in Cornwall. Nick joins the Games Academy as Senior Lecturer in Game Development to align passion, experience, education and strategic vision to help students develop innovative, market-led games and interactive narratives that challenge audiences and create lasting, commercially successful experiences.

The winners of the Grads in Games Awards will be announced on April 16th, on the evening of the GamesEd conference, at the National Videogame Museum in Sheffield.