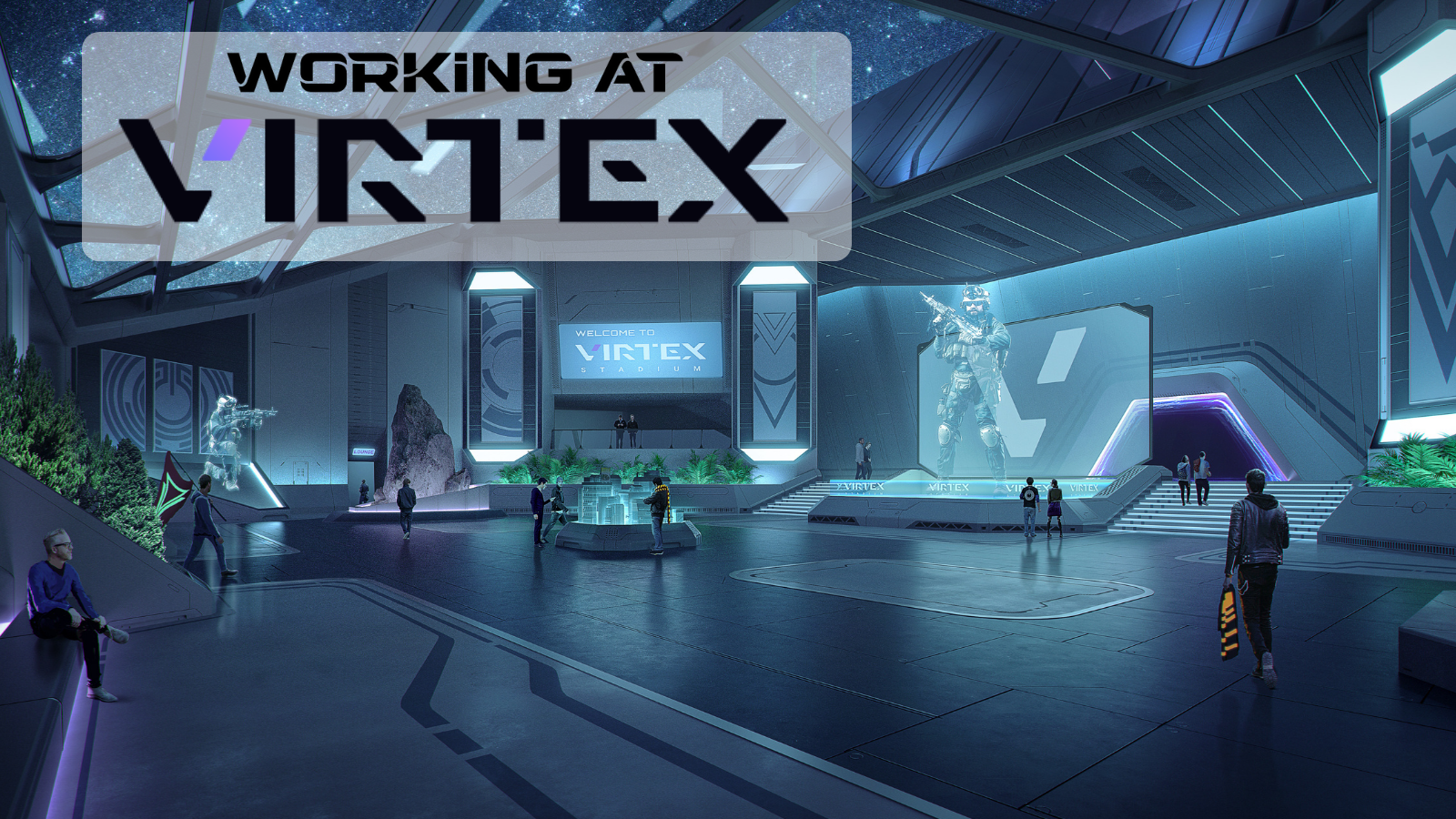 Founded in the midst of the pandemic in early 2020, Virtex is a fast growing studio headquartered in London with fully remote team members in various European countries. Backed by top tier investors from the US and Europe, They are developing Virtex Stadium, a first of its kind 3D virtual world fully dedicated to Esports communities.

A unique feature of the platform is the first virtual Esports stadium where fans view gameplay live, in 3D in the centre of a virtual stadium and can even jump into the map together with friends and follow their favourite player. Partnering with all stakeholders incl. teams, organisers, sponsors and publishers Virtex are creating fun social experiences and a virtual home for Esports. Virtex Stadium will eventually target all platforms and initially launch on PC and VR in Q4 of 2021.

Virtex is an exciting opportunity as it is: They are building the future of Esports entertainment. But the core of Virtex Stadium is also transferable to other formats such as traditional Sports where the studio already have exciting projects in the making with a few top Sports leagues.

Virtex is led by an experienced and passionate team. They have worked on massive multiplayer online games with millions of users, created award-winning AAA titles, built some of the earliest VR and AR apps, and hosted Esports events viewed by fans around the world. But without you, they won’t be able to go very far. They are excited about every application and every new team member. One aspect the team care deeply about is making sure that Virtex’ and your goals are aligned. You are not a resource for for virtex but a team member that helps us realize our vision for Virtex. The ideal is that you share their vision but it is as important that they help you achieve your own vision for yourself. If you are not sure yet what that is as is quite common at the start of a career, then that is perfectly fine and normal too and they are more than happy to help you find out.

Due to the nature of the Virtex Stadium platform, they can offer diverse experiences. You could be working on the core virtual social interaction layer. Or you are more interested to develop actual gameplay for games that engage the community. Maybe you have been following Esports all your life? Then you might be most excited about the opportunity to work on the game recreation and manipulation layer for the stadium experiences. In the end Virtex is part game studio, part social world builder, part virtual storefront and much more. As time passes this will continue to evolve as well.

Follow Virtex’s Twitter and join their Discord to be up to date about the teams upcoming partnership announcements which include some of the top global Esports titles and publishers as well as major Sports leagues.