Have you made the GIG Awards 2019 shortlist?

Our 2019 Grads in Games awards shortlist is here! We’ve had a truly fantastic response to the awards this year, it’s been a record year for nominations, increasing by 24% from 2018. You really have helped us to highlight and celebrate all the super studios, amazing academics, star students and upstanding universities with your nominations.

The awards were set up for the stand out stories you all have about the individuals who really went that extra mile, the studio who gave you your first job and was more supportive and nurturing than you could’ve ever imagined. Or, maybe it’s the university that could not have prepared you more for life in the games industry or perhaps the person that you just wanna say “my dream wouldn’t be complete without you in it” to quote from The Princess and the Frog, as your dream of becoming a professional gamedev wouldn’t have come true without them.

It’s a way to say thank you and to share those stories, personally I think being nominated for an award or potentially winning one is better than any thank you I’ve ever received!

However clichéd it may seem it’s a close one this year as all the nominations we received were so deserving.

We’ll be presenting the awards as part of our Search For A Star finals and conference day on the 17th April in Sheffield, which is open to all games studios, universities and games students.

If you’re a Student/Academic, you can book your ticket here.

If you’re from a studio you can book your ticket here.

Full details on the category criteria can be found at gradsingames.com/awards

*Drum roll* The nominees are… 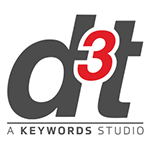 in partnership with Epic Games 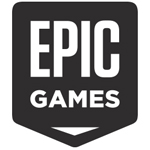 Blast the Past
Horschule Darmstadt

We’d like to give you all a huge thank you for all your nominations and the shortlisted as we literally could not do the awards without you! Keep on developing the next generation of gamdevs.

I hope you can join us for the awards on the 17th April, full details and tickets are linked below!

If you’re a Student/Academic, you can book your ticket for the awards here.

If you’re from a studio you can book your ticket here.

Hi, I’m Ebony! I’m a marketing exec at Grads In Games & Aardvark Swift, creating social & digital content. If you need any help with anything, you can usually find me on the Grads In Games Discord! I'm super nice & always up for a chat!