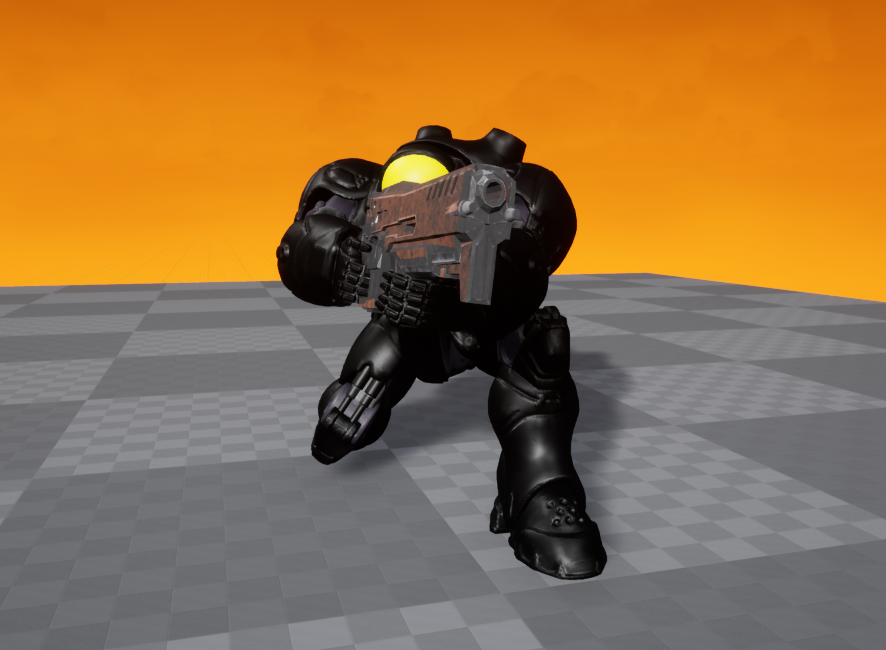 Search for a Star 2021 is well underway with over 1200 students registered to take part in Europe’s leading student-only GameDev challenge. As we eagerly await the first glimpses of this years’ projects this mini-series will explore the winners and finalists from 2020, take a look back at why they won and see what they do now.

“I’ve been given lots of help and advice from the team at Grads in Games, all of which has ultimately led to where I am at the moment. “

The SAE Institute student captivated the judges with his Space Mech animation. The judges were impressed with the smooth motions, realistic weighted actions and the level of detail.

“Awesome stuff, the reload looks well cool. The idle is nice and keeps him alive, looking around etc. I am sure you will have a great career with animations like this to show!.”

“Before taking part, I thought working in the games industry was a bit of a pipe dream, but each step in the process gave me a little bit more belief that it is doable, and by the end I was fully committed to the idea that I was going to work in game development.”

One of the biggest positives Chris found was the networking opportunities. Despite starting during the pandemic he found a great opportunity to network at Airship Images (a Grads in Games partner studio). He was able to get support from industry veterans as well as receiving help on his work.

With 2021’s cohort now working on their projects, what advice do you have?

“Probably an obvious one, but pick something to work on that you think looks cool! For animators, pick a character you personally really like the look of, and make them do something you think is cool. It’s much easier to work hard on something when you’re really into it!“