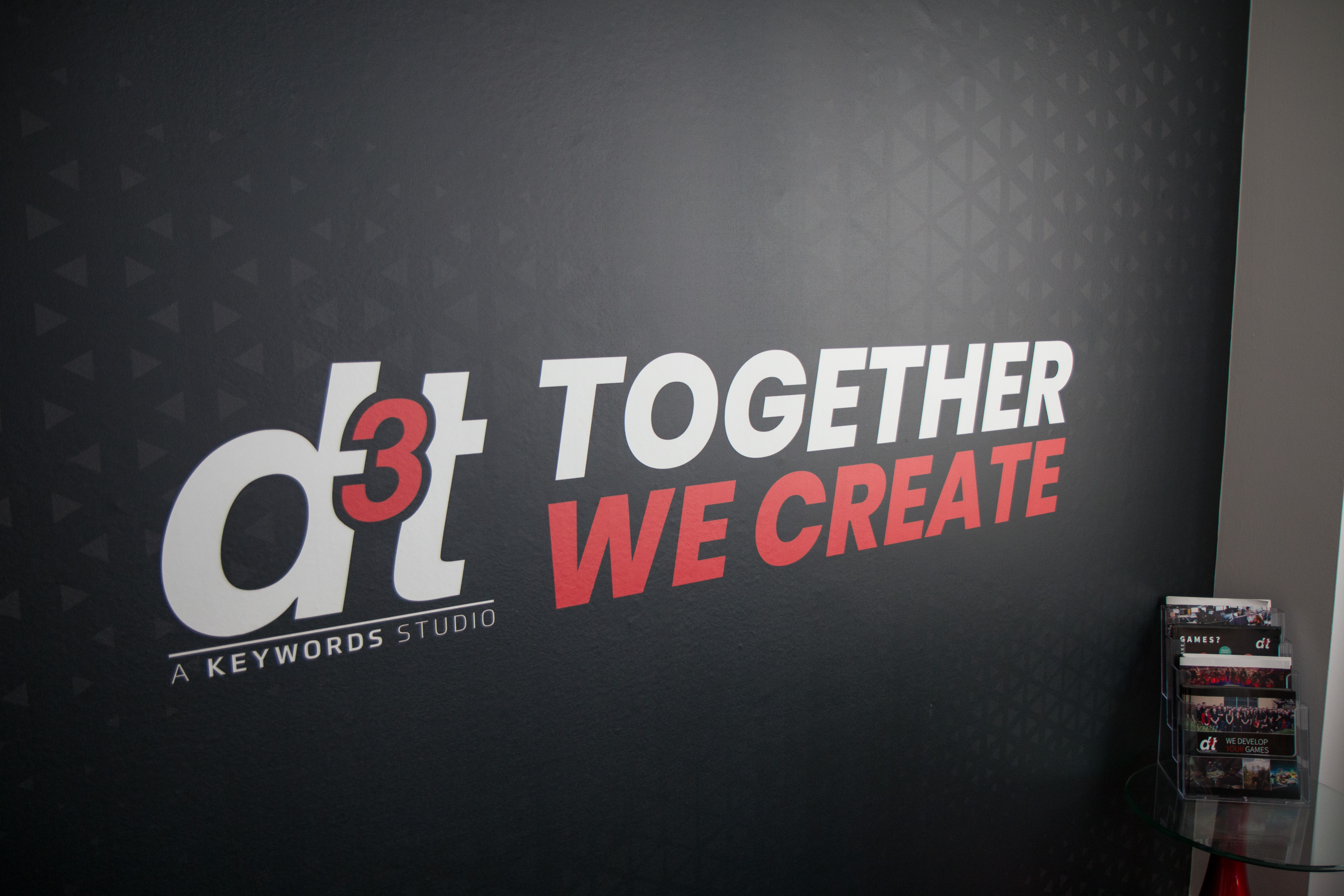 d3t Ltd is an award-winning, co-development games studio based in Cheshire. The success of their work can be seen credited on titles such as Marvel’s Guardians of the Galaxy, Alan Wake Remastered, Mafia II: Definitive Edition, Assetto Corsa Competizione, and The Witcher 3: Wild Hunt.

The North-West-based developers operate out of a state-of-the-art studio and are at the cutting-edge of game development. d3t has a global client base which includes the like of 2K, Sony, SEGA, 505 Games, Eidos-Montréal, Remedy Entertainment, CD Projekt, Codemasters, Playground Games and Curve Digital.

Now a team of 125+ talented developers, d3t is fast making a name within the sector as the go-to company for its services and skills, and as a result you can expect the studio to be working on multiple Triple-A titles at any given time.

As a recent winner of the GamesIndustry.biz Best Places to Work Award for 2021, d3t has been recognised for its commitment to an anti-crunch ethos, studio culture, wellbeing and environment.

The company is proud to champion a diverse, inclusive and nurturing culture, and ensures that its developers feel valued, comfortable and supported not only within their working lives but their personal ones too.

Upon starting at the studio, newest members of the d3t family are offered a supportive six-month plan. d3t do this, because they want their team to feel settled and supported so that whatever their role may be – art, programming, QA, design, or production, they can reach their full potential within it.

Since starting at d3t I’ve had the chance to work on some awesome projects across multiple disciplines such as Rendering and Tools. There’s never been a boring day here, especially when you’re working with an amazing team who share the same passion.”

Further to its support initiative, d3t has a strong employee welfare ethos. At the forefront of every decision the company makes are its staff, which has seen the studio, workday and its activities being designed in a way that aims to better its employee’s welfare.

COVID-safety has also been a top priority for the company, who have adopted multiple safe working practices, including flexible working, and adapting its studio to ensure that its team always remain safe. However, these safe working measures have not detracted from the creative, supportive and engaging environment the studio has created, in fact it has only bettered them.

“d3t are delighted to continue working with Grads In Games, as supporting and mentoring the next generation of game developers is a key focus of ours. We work both locally and nationally to ensure that graduates get the support they need to thrive within the industry, and we are excited to continue this ongoing partnership.”

To find out more about d3t and the work that they do, visit the website here.